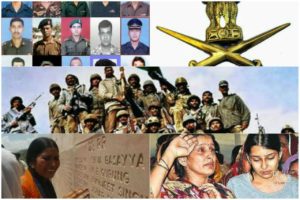 Every year Kargil Vijay Diwas brings in the mixed feelings of pride and pain, loss, and gain. It has been 18 years today when the Indian army achieved victory over infiltration of Pakistani soldiers through Operation Vijay. National Highway 1D, connecting Srinagar to Leh cuts through Kargil. The area of infiltration overlooks this strategic highway. Air traffic to Leh primarily depends on the condition of the weather. Because of this constraint, the highway is crucial for connecting with Leh. Kargil was a very well-thought of target. The attackers holding unoccupied military positions and well-prepared defensive posts on the peaks made it difficult for the Indian forces to defend the territory. Pakistani intrusion in Kargil was first reported by local shepherds on May 3rd, 1999.  What followed was the undeclared war with India which lasted for almost 3 months. On July 14th, 1999 Prime Minister Atal Bihari Vajpayee declared Operation Vijay a success and on July 26th army announced the complete eviction of Pakistani intruders.

Those three months changed the lives of many. My husband was posted in North East at that time and was already in Bhutan on official duty. When troops started moving to Kargil, the whole atmosphere of the cantonment changed over night. Usual routine activities were replaced by urgency. Soon special trains carrying men, vehicles, and equipment started leaving the cantonment. Everything happened so suddenly that there was no time to even say proper ‘good byes’ and then the cantonment was almost empty. No men and only women and children were left in the station. Families of troops of fighting arms were already mourning. What looked like a usual infiltration bid of Pakistan based militants, soon turned out to be a full on war. Like a coward, Pakistan was hiding behind the militants. It did not even claim the dead bodies of its soldiers.

Though it was not my first experience of Indian army in action, it was unique in many senses. Earlier it took many days for any news to reach, this time it was the live telecast of the action. Phones were still scarce. ‘The news’ was delivered physically or by post. A friend whose husband was fighting in Kargil narrated a sad incident. As the news of casualties started pouring in, one early morning, around 3-4 o’clock, she was feeling uneasy, tensed and worried for her husband. Unable to sleep she came out on the balcony of her first-floor accommodation. While she was sitting there, an army jeep stopped in her block and out came 3-4 uniformed soldiers. It only meant ‘the bad news’. She was numb with fear and the tears started rolling her cheeks. In her own words,” The sense of relief that I felt when I saw them going in some other house, made me feel guilty for a long, long time. My gain was someone else’s loss.”

I have met many martyrs’ families. My heart cries when I see the old parents performing their 22-23 old martyr son’s ‘Shradh‘. I have met many children who were born after their fathers’ martyrdom, widows who were 23-24 year old when their husbands died. Their lives may have shattered but their spirits are not.

The war did not get over with Kargil. 530 soldiers were martyred during Kargil war but during the years 2000-2012, 3987 soldiers have been killed. India is at war constantly. Indian army knows how to protect the country from outside as well as inside enemies. No stone pelter, no Gurmehar, no media propaganda can deter it from its path. ‘Service before self’ is not the motto of our army. It is the way of life.